What is a neutron star?

Neutron stars are born when the core of a massive star is compacted into a sphere with a diameter of about 12 km. The result is a highly dense star which spins on its own axis at extremely high speeds; the mass of a typical neutron star is about twice the mass of our own sun. Neutron stars are so dense that if you were to take a piece that was about the size of a sugar cube, it would weigh at least 1-billion tons (that’s the mass of Mt Everest).


The rapid spin of the star is due to the conservation of angular momentum; a good analogy for angular momentum is a figure skater. When figure skaters spin, they can spin with their arms out or with their arms near themselves. When they spin with their arms closer to their bodies, they decrease their radius of gyration. Since they keep the same momentum, their angular velocity increases to compensate. The same exact thing happens in stars. When the core of a star is compacted into such a small area, the radius of gyration decreases immensely, thereby leading the star’s angular velocity to compensate by increasing.

Gravitational waves are disturbances in the space time fabric that travel at the speed of light and are caused by the displacement of objects with mass. Warping of space-time is done by any massive object (object with mass). The only issue with finding evidence of this on earth is that significant warping requires immense mass. Since we can’t bring anything so massive to earth, we make do with what we can (i.e: the stars). In the video below, there is an animation of two massive bodies orbiting each other and losing energy as they go along until they eventually collide. We can see that, the faster they go, the more gravitational waves are created. This goes on until the two crash and release a deluge of gravitational waves.

After the collision of these two neutron stars, they released a large amount of energy in a kilonova. This explosion released a tremendous amount of energy, and it also generated precious metals. When the two neutron stars collided, they released neutrons in their surroundings, effectively bombarding any nearby atoms and changing their chemical composition. Since elements created in the core of stars typically get no heavier than iron, this bombardment increases the mass of these atoms to make rare and precious metals.

Plans for a manned mission to Mars are on the news just about every other day. But for now, such a manned mission seems impossible. However, Portuguese scientists have brought us one step closer taking people to Mars. 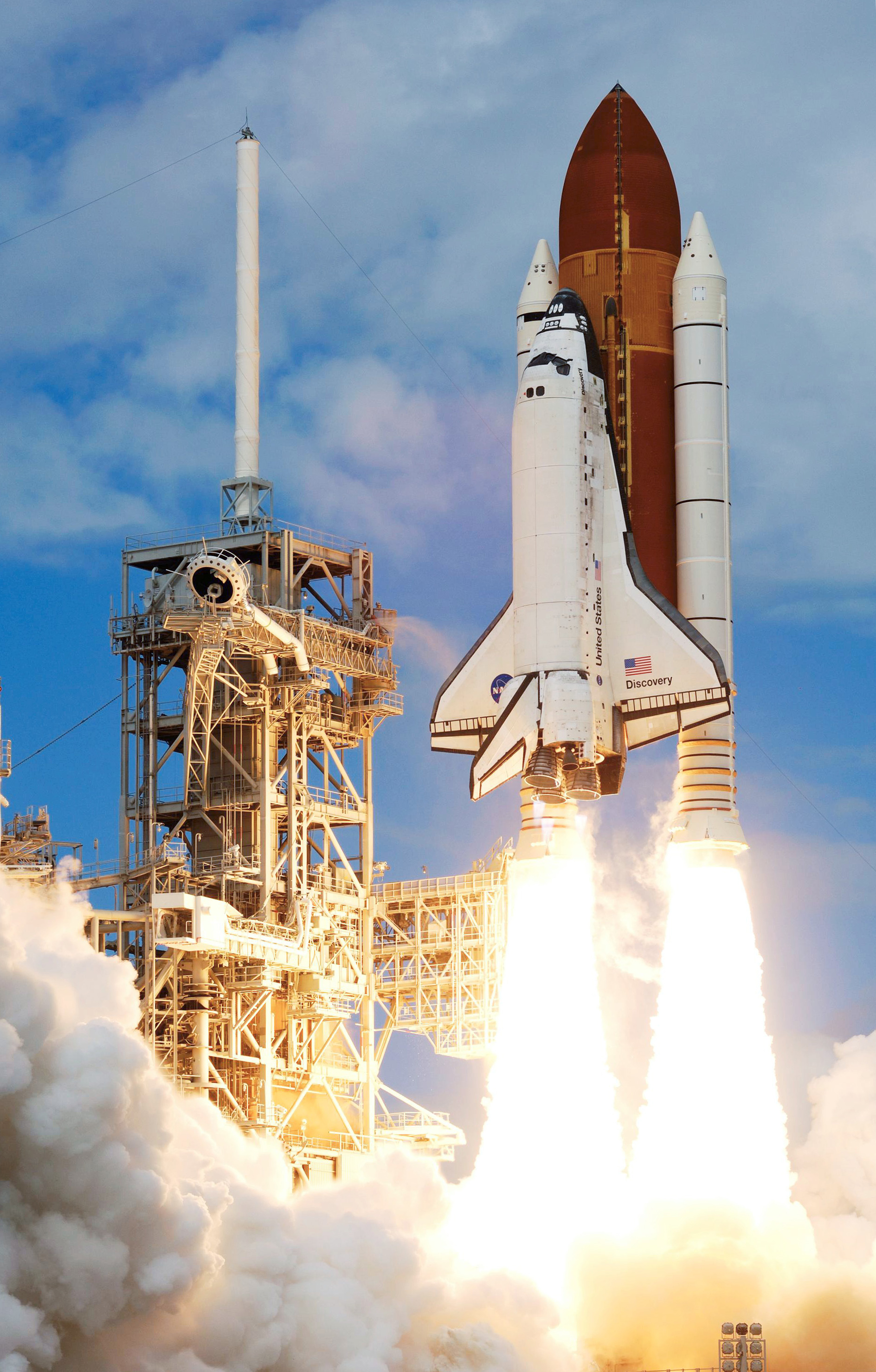 Houston, my rocket is too heavy
One of the main problems when travelling to Mars, and for space travel in general, is fuel. Of course, fuel is absolutely necessary to travel around in space, but it’s also extremely heavy. For example, the fuel that the space shuttle needed was almost 20 times as heavy as the space shuttle itself. And the space shuttles always stayed relatively close to earth. Imagine the fuel a spacecraft flying to Mars, landing there, launching again, and travelling back to earth would need. It’s impossible to build such a rocket, let alone launch it. Because of this, space engineers thought for a long time that it would be impossible to have people return from Mars, making a trip to Mars a lifelong mission. But now, Vasco Gama and his team at the university of Lisbon have made an interesting discovery that could change this. 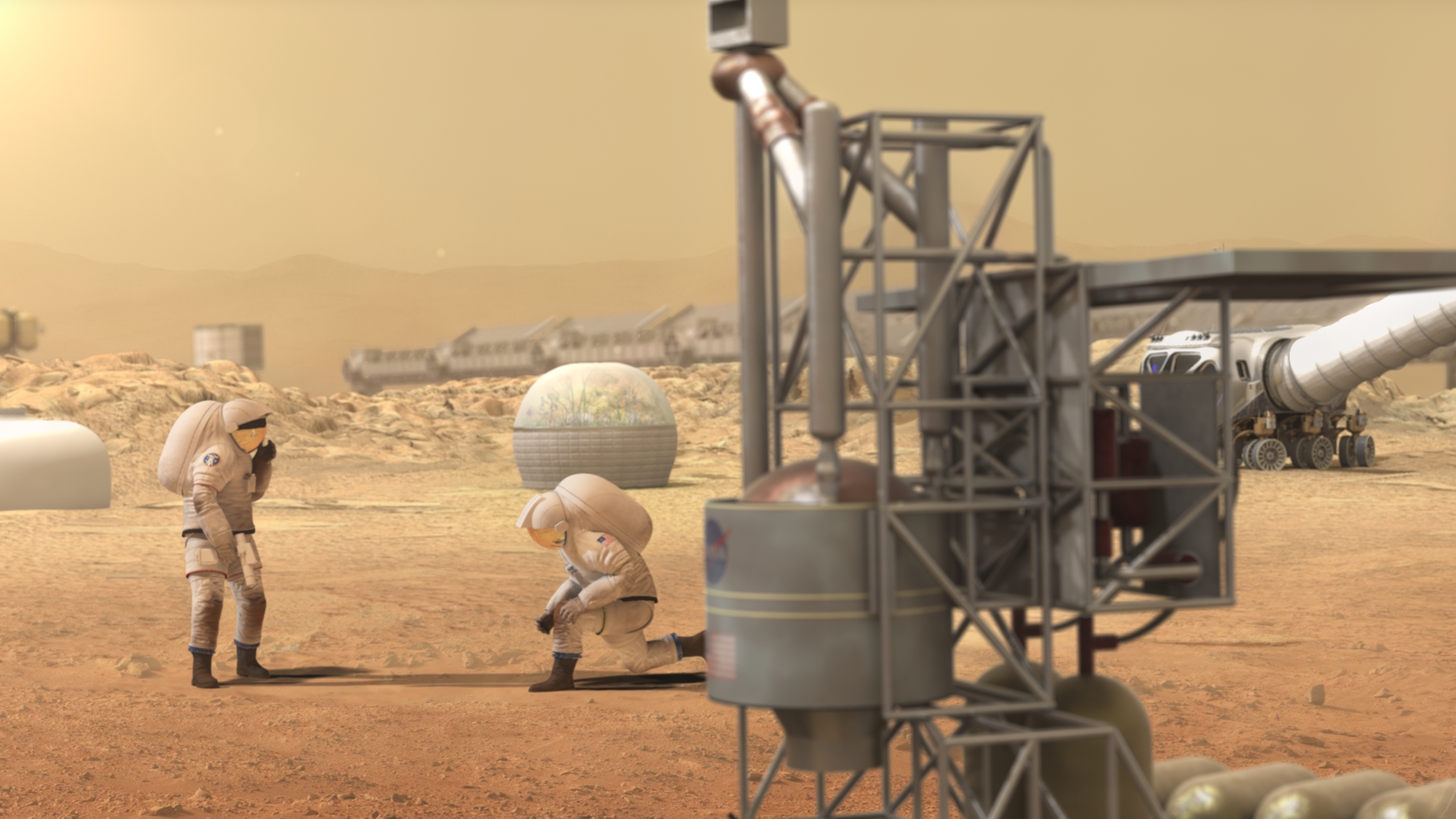 This discovery has everything to do with the atmosphere of Mars. Martian air contains roughly the same stuff; oxygen, carbon dioxide, nitrogen, as the earth’s atmosphere. The only difference is that the proportions are vastly different. Mars’s atmosphere consists of over 95 percent carbon dioxide, while on earth, that’s just 0,04 percent. Gama and his team have come up with a clever technique to make that high percentage of carbon dioxide on Mars useful. They have found a way to turn carbon dioxide into oxygen and carbon monoxide using a special substance called a plasma. The oxygen can of course be breathed by the astronauts staying on Mars, but it can also be used as rocket fuel, in combination with carbon monoxide. This means that the astronauts can make fuel for their rocket while they are on Mars, so they don’t need to bring it along with them. With this new technique, we can go to Mars with lighter and thus safer rockets, bringing the chances of a manned mission to Mars one step closer.

Earth can tag along as well
But that’s not everything. On earth, we’re currently facing a great problem in the shape of global warming. This is caused by carbon dioxide emissions, which have greatly raised the amount of carbon dioxide in the air. With this plasma technique discovered by Gama and his team, we might be able to change some of our ‘own’ carbon dioxide into oxygen. However, there are some challenges when it comes to this. For example, the amount of carbon dioxide on earth is way lower than the amount on Mars, making it harder to ‘find’ the molecules in the air. More research has to be done to make this new technique properly useful on both earth and Mars, but the first step has been taken.

If you want to read more about astronomy, click here.

Email ThisBlogThis!Share to TwitterShare to FacebookShare to Pinterest
Labels: Astronomy

Pluto got tipped over by its ice cap

Pluto is an extremely cold planet with quite a lot of ice. So much so that New Horizons discovered that it even tilted Pluto to its side.

That’s a whole lot of ice
A few months ago, space probe New Horizons flew past Pluto. The advanced equipment it has on board includes a device that detects solarwinds, an ultraviolet detector, and a multitude of cameras and telescopes. These cameras have already taken extremely detailed pictures of Pluto, revealing things about the dwarf planet that we had no idea about previously. For example, we now know that our previous information about Pluto’s size was inaccurate; it is a bit bigger than we thought, but unfortunately still not big enough to be classified as a planet. New Horizons also discovered that a large part of Pluto is covered by a tear-shaped ice cap which is so big and so heavy that scientists think that it has actually caused the dwarf planet’s tilt. 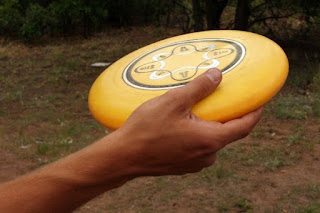 There goes your frisbee
Pluto’s rotational axis is tilted about 60 degrees. Previously, scientists had no idea what the reason was. Now, James Keane and his team think it has something to do with the enormous ice cap, Sputnik Planitia. They think that the ice cap is so heavy that it has actually tipped over the dwarf planet a little. Imagine Pluto as a frisbee and the ice cap as a small weight stuck to one side of the frisbee. If you throw the frisbee, it will tilt to the side because of the weight; the same thing has happened to Pluto.


Hey moon!
But there’s something else that’s a bit odd about the icecap that has to do with Pluto’s moon. Pluto and its biggest moon, Charon, are always facing each other with the same side. So a Plutonian would only ever see one side of Charon and a creature living on Charon would only see one side of Pluto. Pluto and Charon seem to be connected to each other by an imaginary bar. The ice cap however, is located exactly opposite to the side that’s facing Charon. So our Charon-creature would never see the icecap. And this is exactly one of the places where a heavy weight like the ice cap could be located without tilting the dwarf planet further. If you imagine the frisbee with the weight again, but now, you stick the weight exactly in the center of the frisbee. Then it won’t tilt to the side anymore when you throw it. The same is true for the location of the ice cap on Pluto, because Charon keeps the dwarf planet in check.


Satellites are expensive
But the problem is, we can only guess how heavy the icecap is. And how it actually influences Pluto’s gravity. To study this more closely, we need a satellite orbiting around Pluto. This satellite could then study closely how Pluto’s gravity field behaves, and if the ice cap actually has any effect on it. This won’t happen anytime soon however, since it’s incredibly difficult and expensive to get a satellite in orbit around such a distant dwarf planet. But for now, it’s a good explanation for Pluto’s tipped axis and the location of Sputnik Planitia.

Congratulations, you're the ... visiter!

Check out other posts!